What I've Learned About Photography At Museums

For four years living in Greece as a photographer, I learned a few things about etiquette and rules for photography in museums.  I learned why certain rules that at first appear to be silly, are in place.  I also learned how they set up museums to make it almost impossible to take great photographs.  I also saw a lot of photographers being really inconsiderate of other people and of the rules that are sometimes in place for "good" reason. 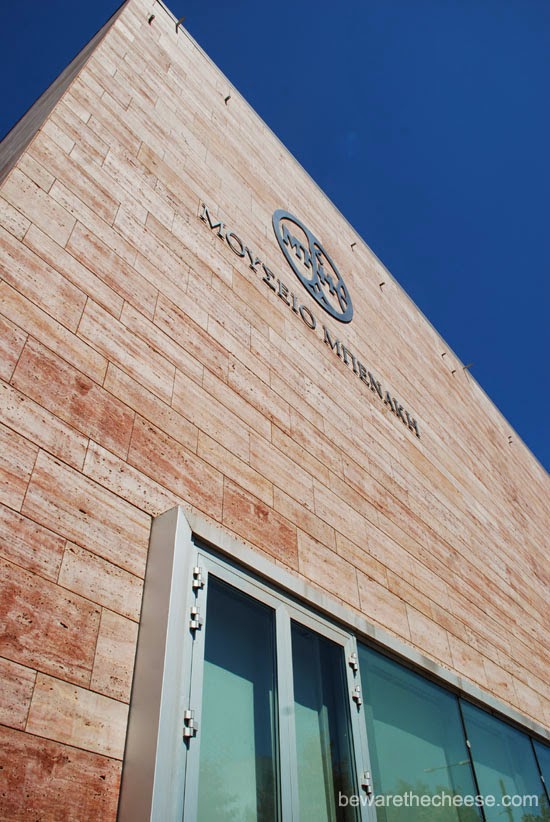 The first thing I should say in this post is simple, follow the rules at any museum when you take photographs.  If you're in any country anywhere in the world, it is you duty as a photographer to follow the rules as stated by the museum.  You have no "rights" to take pictures of items that they don't want you to.  You can get in trouble, and you are in the wrong if you disobey them.  It is true that many museums have very poor no photography rules posted, that's often why when you take that first photograph you'll get a warning before being removed.  Just because you paid to go into a museum does not give you the right to take photographs.  If you're not sure about photography rules, ask before you buy your ticket, if they say no then don't take pictures, if you don't think it's worth going to this particular museum unless you can take pictures, don't go.

Having said all of that, many museums do allow you to take photographs, but that doesn't give you cart blanch.  You still have to be respectful of the fact that you've been given permission. Even if you've got great equipment, and you're an almost professional, chances are you're not.  I don't want to burst your bubble, but unless the museum invites you to come take pictures, you have no additional rights or privileges than the hundreds of other people coming to see the exhibits, no matter how cool your gear is.  I've been lucky enough to shoot for an archaeological dig, and I was shooting very rare pieces, and there are several differences between you visiting a museum thinking you'll get professional shots off, and being a professional.

These differences are also why you'll never (or at the very least rarely) ever get a perfect shot of any item at a museum.  The first thing that professionals get that you will almost never get, is good lighting.  The lighting in a museum is designed to tell the story of the exhibit.  Shadows are cast for drama, lights are set up not only to see the item, but also to read nearby plaques.  The lighting set up for most museums is often great for shooting whole rooms, but often horrible for shooting a particular item.  Museum designers design these rooms for the pleasure of the guest that wants to see these items and learn something, not for any photographers.

The other problem you'll often come across is glass (or Plexiglas).  Many museums keep their items behind glass, this is to keep the items from being touched, as well as in some cases keeping their environment perfect.  Glass creates reflection, as well as changes colours and light.  When shooting professionally the first thing any museum will do is get rid of the glass.

The final problem you'll come across is angles.  Museums do their best to show off items from the best angle, but they have limitation.  They have space limitation, security limitation, and sometimes physical limitations.  This can truly limit how you shoot anything, and most importantly will limit how the light reflects off of the item. In a professional situation you're able to move the item any way you need to get the proper shot. You're also able to use various photography tools to hold up the object for maximum angle benefits. 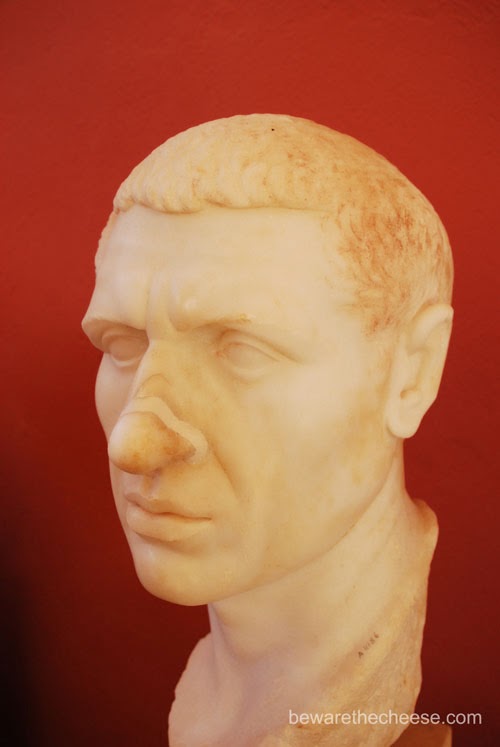 These are problems that most people have with shooting anything in a museum.  While sometimes you might get off a lucky shot, the odds are really stacked against you.  The best advice I can recommend is take a photo for yourself, or for Facebook.  It probably won't be as nice as the one on the postcard in the lobby, but don't worry about that.  The odds have been stacked against you from the start, and the best thing you can do is take a photo to remind you of your visit, not as an art piece.

I have two pet peeves with photographers in museums.  I've seen people with the best gear and people with simple point and shoot cameras both offending hundreds of times.  The first is the slow picture taker.  I've seen people standing right in front of famous museum pieces taking forever, while other people wait patiently.  I find that this is a result of one of three things.  It could be that this person is trying to set up the perfect photograph, if you've read anything I wrote above you'll know that the odds are stacked against you.  Just take a quick picture, and move on, if it's out of focus or lit poorly it's probably not going to get any better. I assure you it's not your fault, it's the display.

The second pet peeve I have with photographers in museums is anybody using a flash.  Keep in mind I don't blame anybody who accidental sets off a flash, it happens.  I'm talking about those who purposefully use flashes in museums.  First and foremost, most museums do not allow flash photography.  The official statement on this is that flash photography can often damage the object you're trying to photograph.  While I'm sure this rule is exaggerated, since a piece of stone that's been out in the sun for thousands of years will probably not be damaged by a flash, it seems to be a good deterrent for flash photographers.  The reason I hate flash photographers most is the fact that they're ruining everybody else's time at the museum.  I can't tell you how many times I've been blinded by some idiot with a flash at a museum.  Also, if there's glass between you and your subject, there's a good chance the pictures not going to work.  So put away the flash already. 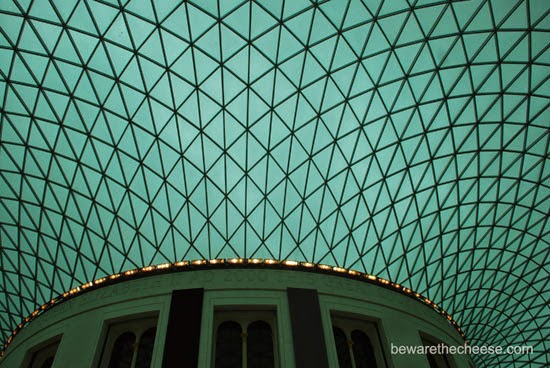 All of these rules apply to taking photos when you're allowed, but why then do some museums not allow photography?  More importantly why do some museums not allow you to photograph certain items?  I've never been given one specific answer to this question, but there are a few ideas.  Many museums that don't allow photography claim that they don't want their items to be cheapened by people posing and taking silly pictures of their items.  This is the dumbest things I've ever heard of, and frankly doesn't make any sense to me at all. That painting is a pile of oil, pigments and canvas, it will not be offended if you pose like the person depicted on it.  That ancient statues artist is most likely dead, I'm sure he won't really care about people 2000 years later making silly faces around it.  As far as religious items go, some might say that the fact that it's no longer in it's original place (i.e. a church or temple) would cancel out any offence you might cause.  I think this is an easy excuse for museums to ban people from taking photos, hiding the real reasons that exist.

The reasons that "make sense" to me are as follows:  Academia has a rule about archaeological items found on sites.  No photos of these items are allowed to enter the public domain until they have been published in a scholarly journal.  I'm not really sure why this is, in fact I think it's rather silly, but since they did all the work of digging these things up, you might as well respect the rule. When one particular item has been blocked from being photographed, this can be the reason.  The problem is that many scholars can be really slow at publishing their work (we're talking 5 or 10 years in some cases).

Another reason that you may not be allowed to take pictures is security/safety of the item.  If an item is very valuable they may ban photography because this gives the people that might want to steal it an opportunity to photograph the security features of the walls and case it might be stored in.  In other cases it could be to make sure that the item is not damaged.  Now you may be asking yourself, how do you damage anything by taking a picture, the answer is, you can't.  However, you can damage an item by using a flash, and if you'll read above, some people that use flashes at museums are inconsiderate jerks, and don't care about anything except trying to take a good picture.

There are two other reason's why you can't take pictures that to me are the worst reasons you can't take pictures. One is that the items might be on loan from a private collector, and that private collector is an ass that doesn't want you taking a picture of his/her thing because it belongs to them.  While this is a truly asshole thing to do, it is their right.  The second reason you may not be allowed to take pictures is because the museum wants to sell books and postcards.  While I think buying a postcard or book with photos of an item you're really excited about seeing is a great idea, I think banning photography for this reason is a horrible thing to do.  While I've never talked to anybody at a museum who has admitted this, I'm certain it can be the case. 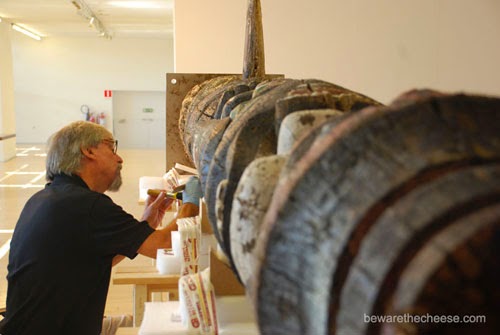 Museums are a great place to visit, you can learn things, gain inspiration, and see pieces of history.  Taking the perfect photograph in a museum is one of the hardest things you can do as a photographer.  Sure you might get lucky now and again, for the most part it's fairly rare.  Go to museums, take pictures to remember you trip, but let other people enjoy themselves, respect the people that put up the time and money to see this stuff. If you really need to see this item perfectly research it online, look it up at your library, or just buy a postcard.

Later
at 9:00 AM No comments:
Email ThisBlogThis!Share to TwitterShare to FacebookShare to Pinterest 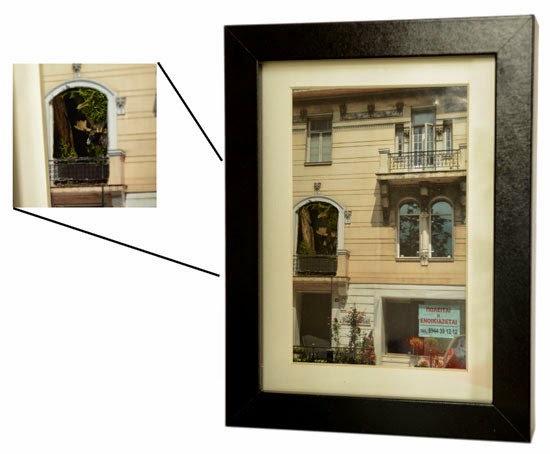 I haven't posted here in a while, but that doesn't mean that I've been sitting on my ass doing nothing.  In fact I've been busy working on pieces for my fine art series called "Senses".  I'm also working on a new collage, and still working on my book.  I'm hoping to post here a little more often, with more of my creative endeavors and adventures, but who knows.

Click here to check out all the new stuff at Senses.

Later
at 9:00 AM No comments:
Email ThisBlogThis!Share to TwitterShare to FacebookShare to Pinterest
Newer Posts Older Posts Home
Subscribe to: Posts (Atom)