It's come to my attention recently that I like stuff that would be considered un-manly.  I should point out right at the beginning that I like these things for non-sexual reasons.  After reading this list you could easily assume that I'm some kind of pervert, but it's just not the case.  I enjoy all of these things for the same reason an 8 to 14 year old girl probably likes them.  I should also point out that many of the things on this list are also out of fashion today.  I blame the fact that I'm not very good at keeping up with trends, the fact that I'm not an 8 to 14 year old girl, once I like something it rarely becomes "uncool" within a year for me.  So here's the stuff I'm into:

Those that have actually watched several episodes of the Power Puff Girls will realise that this show is not really designed for little girls.  Giving the characters the same features as characters in little girls cartoons is used as an ironic twist.  Having said that, I don't think that this show really focuses on being particularly boy friendly either.  Sure there's fighting and mahem, but the main protaganists are girls, and they still have female values.

Unlike the Power Puff Girls, iCarly is much more a show geared towards the female market.  The thing I like about this show is the fact that it avoids many boring conventions that one might find in most teen television shows.  It's also very wacky, and slapsticky, but not cheesy.  The jokes can be very clever, and I rarely feel like this show talks down to me.  There are a few occasions where a lesson is learned, but it's never the point of the episode.  The heart warming features of the show are not there to teach, but instead they're designed to improve the characters relations.

This is the one where most people probably assume that the interest is sexual.  I can't argue that this group doesn't use sex to sell their music, however I can tell you that it's not really my interest.  In fact my favorite song/video doesn't contain any sexual content at all.  More over, I generally enjoy their music more than their videos.

Well there you go, I'm a girly man.  Don't get me wrong, I still love my Transformers and GI Joes, I just like the fact that there's diversity in this world. 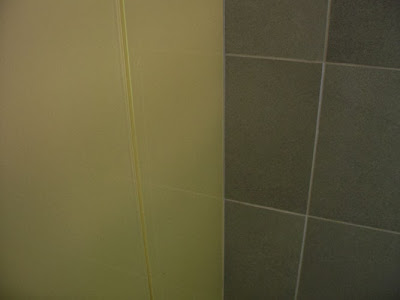 Just posted a new bathroom in my Bathrooms I've Been To Map.

Things You Should Already Know (But Are Constantly Reminded)

Please let others exit (the elevator, train, or any other vehicle) before boarding.